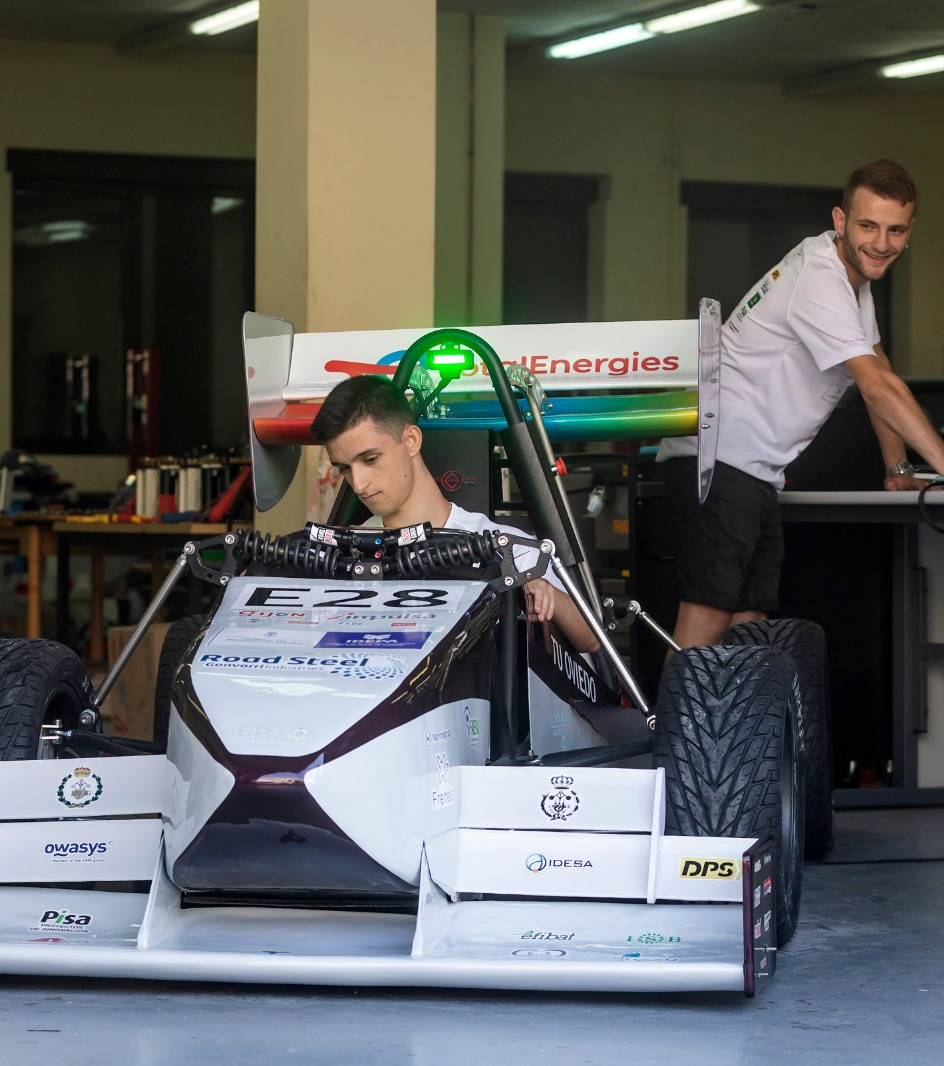 Izertis, sponsor of the eTech Racing of the University of Oviedo

Our firm, together with other companies and organisations, has formed part of the group of sponsors of Formula Student UniOvi, a competition carried out by more than 50 students from multiple branches of engineering and commerce. They are distributed in departments according to the different areas of the vehicle so that, according to their profile, they can exploit their talent to the maximum level.

Finding out more about this project we interviewed Elvira Suárez, Team Leader of UniOvi eTech Racing.

What exactly is Formula Student?

Formula Student is an international student competition, a kind of "Formula 1 competition". In it, there are not only dynamic tests, where acceleration, endurance, etc. are tested, but also static tests, such as the presentation of a Business Plan or the defence of the costs of the project. Finally, the team with the highest score in the sum of all the tests is the winner. It is held in numerous countries and many universities from all over the world attend each of the venues.

How does this initiative empower students' talents?

This type of initiative gives students the opportunity to develop their ideas in a real environment. This project has all the tools to depict the students' designs into a functional vehicle, giving them valuable experience for their future career.

What does it mean that Izertis is part of the team of sponsors of this project?

We are delighted to have Izertis as a sponsor. Their support has been really important in the development of the vehicle both this year and in the following years, as part of the contribution has been invested in tools and components that we will be able to reuse in future editions.

What are the objectives of this idea?

The development of this project aims to train students, that is the main objective. In addition, the electric vehicle is brought closer to the people and the Asturian region is promoted through the publicity that the team and the event bring to the region.

How could such a project change the future of these students?

The students, far from being opponents, help each other a lot, making the cars of each other's teams succeed

Thanks to the training the students receive. Without a doubt, they learn a great deal of technical knowledge, but also skills such as teamwork and responsibility when carrying out real work.

The Formula Student race is an event that brings together students on an international level, how does this foster synergy between the participants?

The truth is that each competition brings together around 100 teams, which means that many students take part. This is very favourable for all of them, as they meet a lot of people with similar interests. Therefore, great contacts are created for the professional future, a great network. The truth is that the students, far from being opponents, help each other a lot, making the cars of each other's teams succeed.